South Australia is not the only State in Australia, which has engaged in a total transformation from an agricultural and manufacturing focused State to a leader in Innovation and Renewable energy. Brisbane, the capital city of Queensland has big projects on its own. The metropolitan jewel of Queensland has hopes of stepping onto the international stage as Australian’s next world city. There are a number of development projects announced or underway in Brisbane that are projected to be up and running by 2022. Lets have a look at some of those projects.

Queen’s Wharf, is set to attract new visitors and investment as it reconnects the activity of Brisbane’s defining part of the city. The new wharf will include 5 new hotels, 3 residential towers, a new department store, approx. 50 food and beverage outlets, a riverfront moonlight cinema as well as Queensland’s Hotel and Hospitality School in partnership with TAFE Queensland.

Northshore Hamilton. Over the next 20 years Northshore Hamilton, mainly an industrial area will be transformed into a $5 billion vibrant riverside precinct. It will cater for 15,000 residents and become an employment hub for workers in retail and office parks. The project has included 700 apartments across 5 towers.

Brisbane Airport Redevelopment. Brisbane Airport is currently on the way to delivering the country’s best runway stem with a $3.8 billion New Parallel Runway Project (NPR). While the airport has some 100 other projects in the works for the next 10 years, this NPR is considered the biggest aviation project in Australia.

Brisbane Metro, while still in its early stages, the Brisbane Metro Subway system will provide a reliable high-frequency transport system. When competing, the metro would be able to carry up to 30,000 passengers per hour and will run every two minutes, providing seven kilometres of safe, reliable, smooth and quick travel.

Brisbane Live is Australia’s response to New York’s Madison Square Garden, as a 17,000 seat world class arena, which will showcase international superstar concerts and performances as well as world sporting events. It will feature a sliding front wall that opens to reveal live acts on stage, and the $450 million areas will also include a 4000-capacity rock club and be surrounded by multiplex cinemas, restaurants and bars, and a giant screen and amphitheatre catering for around 15,000 people.

Brisbane is on its way to become Australia’s New World City. According to a Candidate Service Consultant for RPR Trades, such big projects will create new jobs. Australia is looking forward to an amazing new Brisbane.

Is your business ready to embrace Brisbane’s new developments?  Save yourself time & money and engage an experienced business consulting firm like Synergy Consulting Australia to take the stress out of the entire business growth process. We provide a large range of business consulting services which includes Legal, Accounting, Marketing, Project Management, Migration services and many more tailored business solutions. This also includes a full market research and feasibility report before investing. www.synergyaustralia.com.au 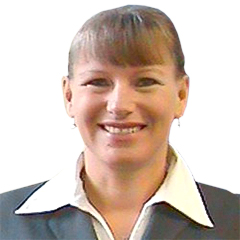 Synergy Consulting Australia is led by Ilona Solinska. Ilona has over 15 years’ national and international business consulting experience. She has coached hundreds of businesses in the area of Marketing, Finance, Legal, Compliance,

Operation, Change & Project Management and is a highly sought-after presenter on a wide variety of business topics.