With a population of 1.3 billion, China recently became the second largest economy and is increasingly playing an important and influential role in the global economy. According to the International Monetary Fund (IMF) China is the world’s largest economy by purchasing power parity.  Two years ago, China was still known as the world’s fastest growing major economy, with growth rates averaging 10% over 30 years.

While China’s economy has slowed down, it is still the global hub for manufacturing and the largest exporter of goods in the world. This made China the world’s fastest growing consumer market and second largest importer of good in the world. For example, since initiating market reforms in 1978, China has shifted from a centrally-planned to a market-based economy and has experienced rapid economic and social development, which has lifted more than 800 million people out of poverty.

Yet rapid economic ascendance has brought on many challenges as well, including high inequality; rapid urbanization; challenges to environmental sustainability; and external imbalances. China also faces demographic pressures related to an aging population and the internal migration of labour.

Dr. Anne Holmes, Economist at the Parliament of Australia reports that currently, China is Australia’s largest trading partner in terms of both imports and exports. Australia is China’s sixth largest trading partner; it is China’s fifth biggest supplier of imports and its tenth biggest customer for exports. Twenty-five per cent of Australia’s manufactured imports come from China; 13% of its exports are thermal coal to China. However, the Chinese market is focusing on importing more complex goods and services, which will expand in two ways.

First, rising wages and consumer demand will increase demand for more sophisticated manufactured goods (where Australia has some niches of excellence, for example, in medical devices) and for services such as tourism (where China is already an important market). Second, as China moves production to more sophisticated goods and services, it will require high quality human resources, well-developed infrastructure, a well-developed financial sector and a good regulatory system.

Already, China is the biggest market for Australian education services. Australia’s financial sector is well regarded internationally for its efficiency and effectiveness, and its banks are among the most sound and stable in the world. This expertise in government and services can be exported. Indeed, Australian banks are already operating in China and Australian experts have advised in a range of areas, for example, in urban development and health financing.

Australia relies heavily on foreign investment. China ranks only ninth as an investor in Australia, with a 3% share of total foreign direct investment. That investment has grown rapidly in the past few years. Chinese businesses are keen to invest in Australia, particularly in infrastructure projects. While Chinese savings will probably remain high enough to fund domestic expansion, there will be room for Australian companies to invest in China.

One great advantage Australia has in industries providing sophisticated goods and services is the large number of Australian speakers of Mandarin. Another is the base of knowledge and contacts built up through the trade in resources.

For more information on doing business with China, engage an experienced business consulting firm like Synergy Consulting Australia to take the stress out of the entire business growth process. We provide a large range of business consulting services which includes Legal, Accounting, Marketing, Project Management & Migration services. This also includes a full market research and feasibility report before investing. www.synergyaustralia.com.au 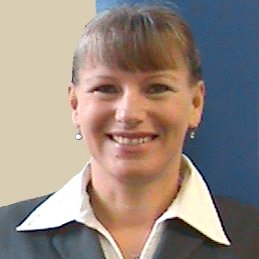 Synergy Consulting Australia is led by Ilona Solinska. Ilona has over 15 years’ national and international business consulting experience. She has coached hundreds of businesses in the area of Marketing, Finance, Legal, Compliance, Operation, Change & Project Management and is a highly sought after presenter on a wide variety of business topics.